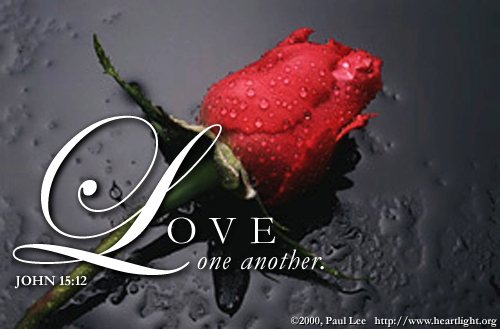 I heard this story once about four oxen.  They all lived happily together in a field.  Beyond the field there was a forest in which lived a lion.  Now and then the lion would come into the field to hunt and try to kill and eat one of the oxen.  However, the oxen had a strategy and when he would come they would place their tails toward each other so that on every side the lion would try to get them were their sharp horns.   Together and would fight the lion until he grew tired and ran away.  Together they had much more strength and they could take turns fighting in the lead while the others rested therefore having much more stamina.  Sadly, one day, the oxen had a little disagreement and could not come to a solution so they separated and each oxen took one corner of the field to inhabit.

The whole time, the lion had been watching and waiting for a moment when they were alone.  He knew that alone he could easily overpower each of them.  Each time the lion was hungry, he would revisit the field going from one corner to the next and one by one he killed and devoured each oxen.  Together they were strong.  Alone, they were powerless against the lion. They didn’t realize just how much they needed each other and how much stronger they were against the enemy…Together.

God Bless all who read and try to understand your word…in Jesus name…Amen.